I write on Russian and Soviet-Jewish food, immigration, culture and history. I've also written on Canadian and Jewish food, technology, books, parenting and occasional randomness like dictators. Find my work in Heated, Tablet Magazine, the Forward, the Walrus, Saveur, Today's Parent, and others.

My essay, "The Secrets of Soviet Cuisine,"  was included in a Jewish food  anthology — The 100 Most Jewish Foods: A Highly Debatable List, out March 2019, published by Tablet Magazine. 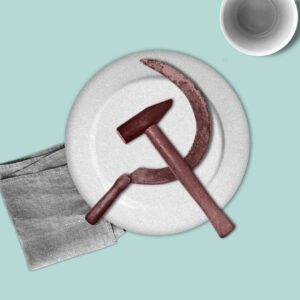 Under communism, Soviet Jews ate plov, pork-laden sosiski, and ‘herring under fur coat.’ But does that make those dishes ‘Jewish food’? 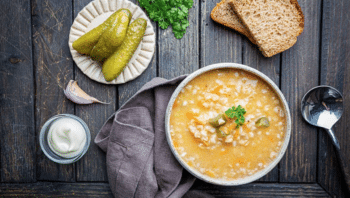 How To Prep Your Freezer For Winter, Russian-Style

Uniquely designed for long winters and scarcity, Russian cuisine is infinitely more varied than borsch and caviar. Here’s some staples to get you started.

How a Twitter hashtag gives us a snapshot of where our current Jewish food moment, and helps us shed some of the guilt of going all-out every Shabbat. 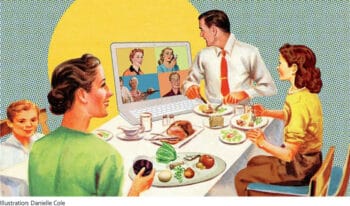 Christmas will be OK—take it from this Jewish mom

When lockdown started, a Passover seder on Zoom seemed ridiculous. But two high holidays and a few tech snafus later, this mom can attest to the resilience of holidays.

Russian grocery stores are more than just Russian food. They bring together foods from 15 countries to tell the story of Soviet history and food policies, and Russian immigration to North America.

We Fled Anti-Semitism In The Soviet Union. Now I Fear For My Children — In America.
The Forward - After Pittsburgh and Poway, I'm terrified that for my children and their generation, the stories of violent anti-Semitism that we left behind in the "Old Country" will feel more real than they ever did for me.

Why Russian Jews Don't Want to Hear About Being Saved
The Forward - A history that condescends: While the big names of Soviet Jewry are commemorated, the experiences of regular Russian Jews is lost.

New Doc Details 1970 Refusenik-led Escape Attempt to Israel
Tablet Magazine - ‘Operation Wedding’ is directed by Anat Zalmanson-Kuznetsov, whose parents led the Leningrad plane hijacking that was ultimately foiled by the KGB.
+ The outtakes

Soviet Emigres Get Stuck in the Past in ‘Stateless’
Tablet Magazine - What is the authentic Soviet Jewish immigration story? By focusing on their departure only, a new documentary misses what the immigrants became.

Mother Russia and the Jews: An A-Z Guide
Jewcy - When Israeli president Shimon Peres travelled to Russia for the opening of Moscow's new Jewish museum, he made a point of thanking Putin for 1,000 years of Russian hospitality, conveniently forgetting a few key details. I've helpfully listed them in A-Z form.
+ The outtakes

A Desperate Campaign to Remember Soviet Jewish War Heroes Races Against Time
The Forward - A Soviet Jewish war veteran and his "museum" in a cramped Toronto apartment.

Rootless Cosmopolitans Gather in Upstate New York
eJewish Philanthropy - I spend a weekend with Russian-Jewish "community initiators" and come up with some thoughts on rootless cosmopolitans, language and the ever-conflicted Russian-Jewish identity.

Limmud FSU US: An Immigrant Community Comes Into Its Own
eJewish Philanthropy - On a weekend spent speaking Russian, or my first time at Limmud FSU.

Compelled to "Do Jewish"
Ethnic Aisle - On circumcisions and mixed-faith relationships.

A Soviet Soup Tastes Like Freedom in the New Country
The Forward - A traditional Soviet Georgian soup is "reclaimed" as a Jewish Shabbat meal.

Hitler? There's an app for that
Tablet Magazine - Developers are creating Hitler, Stalin, and Mussolini iPhone apps that offer little more than propaganda. And Apple’s gatekeepers approve them.

Why Didn't Facebook Waive "Sponsored Post" Fees for Hurricane Sandy Relief?
TechPresident - Facebook has turned down the spigot on Page traffic and replaced it with promoted posts. How did this new "pay to play" structure affect Hurricane Sandy relief efforts?

Post-Dictatorship: Ten Tyrants Who Have Reached Retirement
Walrus Magazine - The cozy "retirements" of some of the last century's most notorious dictators

The debate: Should you post about your kids on Facebook?
Today's Parent - I may be all over social media, but my child isn't.

Soviet-Jewry Reading List
Jewish Book Council - A list of books on the Soviet-Jewry movement and immigration, which I curated for the JBC.

A Soviet Soup Tastes Like Freedom in the New Country
The Forward - A traditional Soviet Georgian soup is "reclaimed" as a Jewish Shabbat meal.